A couple weeks ago my husband and I were lucky enough to do a little tour of Texas. We started in San Antonio, spent a day in Austin, than finished our trip in Dallas, which happens to be one of my favorite cities in the US. I never really had any desire to go to Dallas, but then one of my best friends moved there and I visited and have been in love ever since. I’m really trying to take advantage of the time that she’s living there to visit often, without annoying her and her (new!) hubby too much!
San Antonio was so neat. We stayed at the historic Crockett Hotel, which was right behind The Alamo and literally footsteps away from the Riverwalk, plus tons of shopping and restaurants on the street level. The first day, we decided to go check out the Riverwalk, and as we were going down the stairs we ran right into the Bier Garten that had a chalkboard sign saying “to-go margaritas”. MY. PERSONAL. HEAVEN. I grabbed a marg and the hubs grabbed a beer and we walked around checking out all the cool places along the Riverwalk. We were very fortunate – it was a gorgeous day – and we need to go back just because of all the restaurants we didn’t have time to go to! And the architecture and everything was so cool. We had lunch at a place called Iron Cactus – highly recommended. The Pineapple-Jalapeño Mule is a must have! 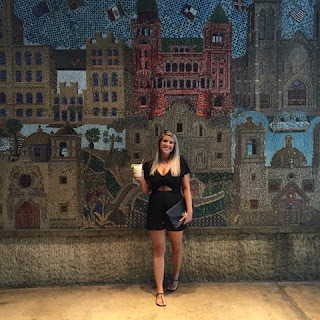 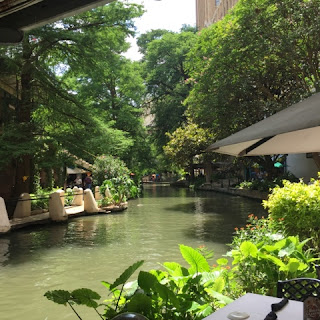 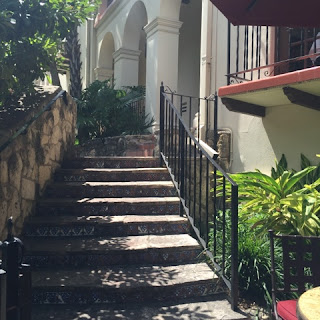 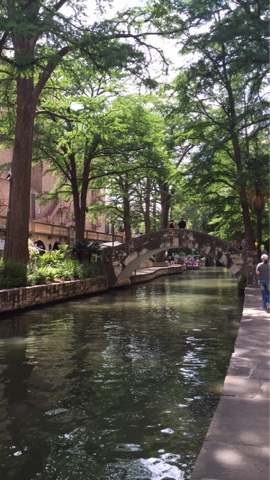 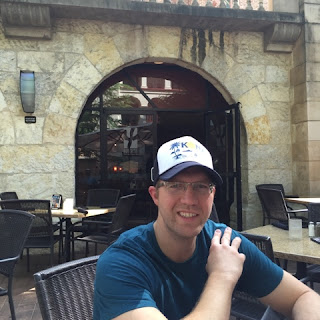 Handsome hubby at lunch on the patio at Iron Cactus 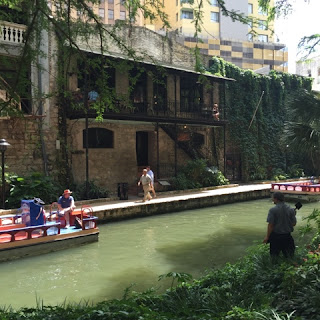 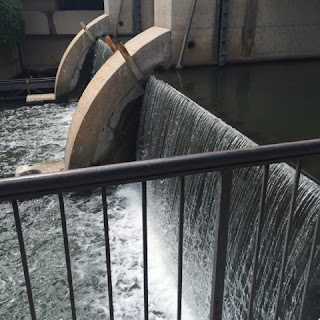 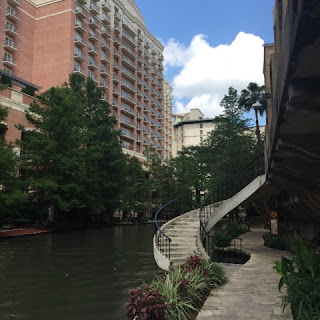 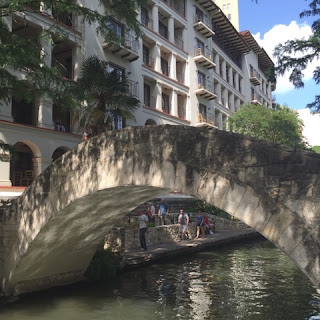 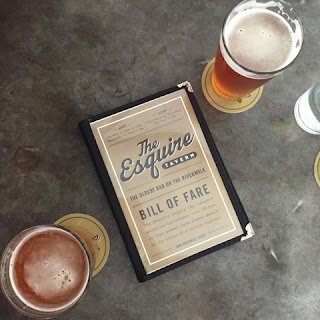 We ended our night at The Esquire Tavern, which is the oldest bar on the Riverwalk, and is definitely a must-see while you’re in San Antonio. If you’re lucky enough to get a spot on the tiny patio, it has great views of the Riverwalk, and perfect for people watching!
The next day we went over to The Alamo, but it was crawling with kids from a field trip so we just checked out the grounds and that was enough for us. It really is a beautiful and historic place, and it was neat to read some of the stuff that went on there.
After a not-so-quick stop at urgent care for strep throat (dang germ-infested planes!) we were starving, so we decided to check out a place that Guy Fieri and Rachel Ray said had the best tacos in the country called Taco Taco Cafe. They closed at 2, so we had to rush over there, and it was pretty worth it. Not sure if they were the best tacos in the country, but I’ll give them a little credit. They probably would have been better with a margarita, but since I had just been in urgent care it just didn’t feel right. It was my first time trying a “puffy taco” and it was definitely different! 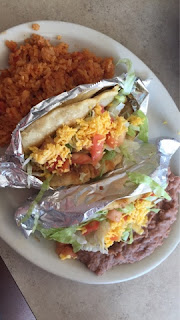 We then headed over to The Pearl, which is apparently an up-and-coming part of town that includes the historic Hotel Emma, a brewery-turned-hotel, that is absolutely gorgeous. Since it was during the day on a weekday, not a lot was going on, so I got some amazing macarons from Bakery Lorraine and we headed back over to the Riverwalk to watch the Spurs play – because when in San Antonio, you cheer on the Spurs! 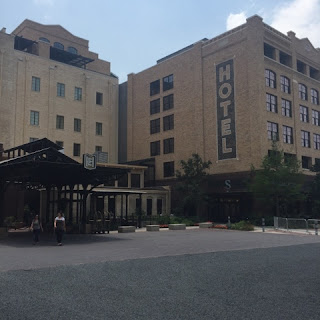 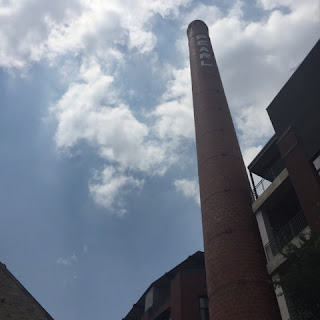 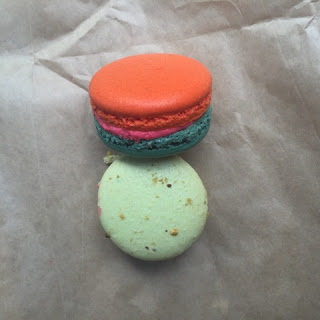 When we got back to the Riverwalk, we parked it at a bar called Mad Dogs where we had yards of beer and candy bacon. CANDY. BACON. Say what?! It was so delicious and unlike anything I’ve had before! 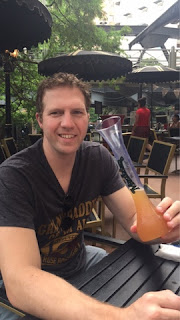 The hubs on the patio at Mad Dogs. 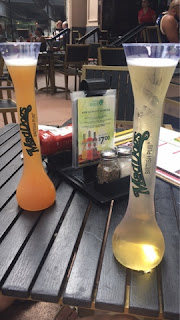 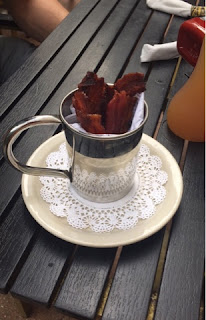 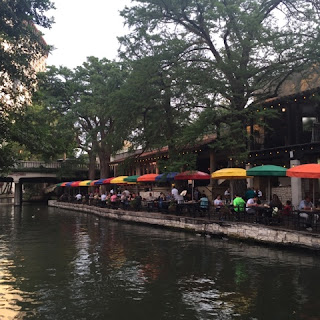 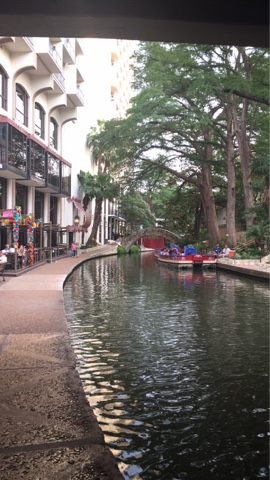 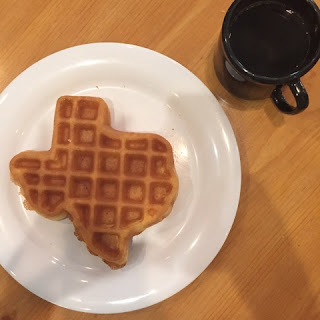 We spent the rest of the night walking around the beautiful Riverwalk and called it an early night so we could get up and have Texas shaped waffles at our hotel before heading to Austin early in the morning. Unfortunately there will not be a follow-up post about Austin – we were not there long enough for me to really talk about it. Guess I will just have to go back!
Thanks for reading! XO!
Facebook: The Blonde Style Blog | Instagram: @theblondestyleblog | Twitter: @blondestyleblog | Pinterest: @theblondestyle | Snapchat: stephmcclure